Gucci is being sued by notorious copycat retailer Forever 21. The issue at hand: blue-red-blue and green-red-green stripes.

It all started when Gucci repeatedly threatened to sue Forever 21 for using an array of its registered trademarks, demanding that Forever 21 cease all sales of three bomber jackets, one sweater and a choker necklace bearing blue-red-blue and green-red-green stripes, since Gucci has owned trademark registrations for those specific stripe combinations since 1988.

Forever 21 replied by filing a suit to have Gucci’s “striped trademark registrations” cancelled, stating that “Many clothing and accessory items adorned with decorative stripes coloured blue-red-blue or green-red-green are sold by countless third parties. (…) The colours red, blue and green, and stripe designs, are among the most favourite, popular and widely used colours and design features on clothing. (…) Gucci should not be allowed to claim that Gucci, alone, has a monopoly on all blue-red-blue and green-red-green striped clothing and accessory items.”

Gucci fights back by claiming “Forever 21’s reputation for being accused of profiting from the trademarks and copyrights of others, including Gucci, is well established.”

An US court will have to decide who owns the stripe-combination: Gucci or nobody. 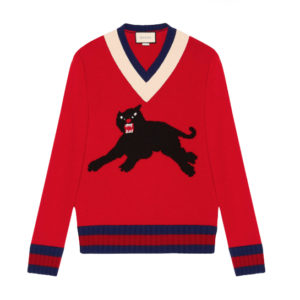 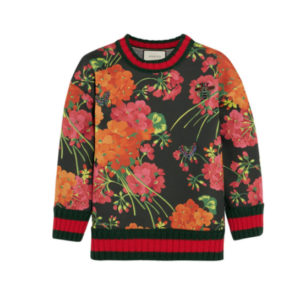 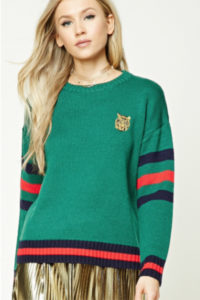