Happy New Year to all of you IP aficionados out there from all of us at Knijff Trademark Attorneys! May 2016 bring you what you wish it will.
A New Year is always a good time to look back at the past year, and to look ahead to things to come. So, today two things: some 2015 logo rebrands and some brands that are going to disappear in 2016.

2016 marked a new beginning for many brands. Amongst other, the following brands have been updated or refreshed. 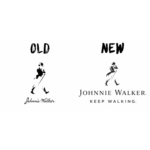 Each year, 24/7 Wall St. identifies 10 American brands that it thinks will will disappear, either through bankruptcies or because of mergers. IP consultants beware, is your client on the list? Just to name a few:

Mercedes Benz sold 5.432 smart models in the USA over the first nine months of 2015, down 32.8% from the same period last year. Even exotic luxury brand Maserati sold more cars, although these models are often 10 times as expensive. The problem is that every major car manufacturer now has a brand that competes with Smart. Will this year be the end of Smart?

Turbocharged Direct Injection, or TDI, is a brand of Volkswagen engine that is available for nearly every model in VW’s lineup. Following the recent diesel emission standard debacle, the TDI brand has been virtually destroyed. Conservative estimates put the cost of the recalls and related expenses into the billions of dollars. For years, clean diesel was presented as an alternative to hybrid engines and was promoted as a major reason for consumers to buy cars with TDI engines. Now, the perceived advantage of TDI engines has become a huge liability.

Ashley Madison is an extramarital dating website. The company’s slogan: “Life is short. Have an affair.” Ashley Madison got into serious trouble after its database was hacked and information on millions of its users made public. For obvious reasons, the site’s 37 million members expected absolute privacy. The large-scale hack made 9.6 million credit card transactions public, including names, addresses, email addresses, and amounts paid. Now, the company is facing around $500 million in lawsuits. Trust, the key component of the website’s service, is gone. And with it, the brand. Porbably.
Source: 24/7 Wall Street