Covered by a cover

A Canadian artist is accusing a home decor retailer of copyright infringement after noticing a duvet cover that resembles her painting that hung in one of the company’s stores.

Artist Jill Paddock’s blue, yellow and white abstract painting of flowers had been hanging in the Calgary West Elm for almost a year, before it was taken down last June. A few months later, Paddock was told by a friend that the store sold a duvet cover that very much looked like her painting: “Is this yours? Is this a collaboration you did?”, the friend texted.

The store’s lawyer claimed the company bought a purchased pattern and worked off that design to create the duvet cover.

Paddock said that while she’s frustrated, she’s also relieved the company is investigating. “People make paintings that look like flowers, I get that,” she said. “What I’m trying to say is it sure is a frighteningly similar piece of art.” 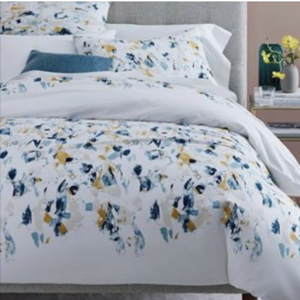 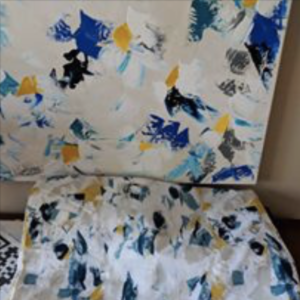