In adidas’s continuous battle against ‘other stripes’ the next one on the list is Juicy Couture. Garments in its collection feature three stipes, for which adidas is famous.

The German sportswear giant claims that Los Angeles-based Juicy Couture “intentionally adopted and used counterfeit and/or confusingly similar imitations of the Three-Stripe Mark.” According to adidas Juicy did so “knowing that they would mislead and deceive consumers into believing that the apparel was produced, authorized, or licensed by adidas, or that the apparel originated from adidas.”

The center of the battle: Juicy Couture’s Tricot collection pants and jackets, which bear stripes down the sleeves and pant legs.

adidas’ complaint was filed just weeks after Forever 21 filed a suit against the company, detailing adidas’ pattern of “aggressively enforcing its perceived trademark rights against others, suing and threatening suit against retailers and manufacturers of footwear and clothing who use three stripes in a manner that adidas believes is likely to cause confusion.”

For adidas it is key to vigorously keep defending its “Three-Stripe Mark”, how difficult this may seem sometimes. This makes this case extra juicy. 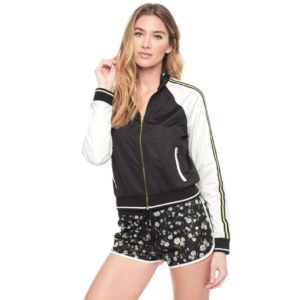 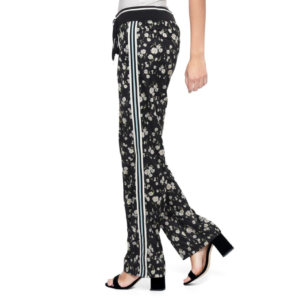