Photographer Co Rentmeester has lost a case against sports manufacturer Nike about alleged copyright infringement on an iconic photograph from 1984.

Rentmeester claims that the photo he took of basketball legend Michael Jordan, has served as inspiration to make the legendary ‘Jumpman’ logo.

The photographer stated a few months later Nike staged a virtually identical photograph with Jordan, and thus prevented him from claiming rights to the Jumpman logo. That logo has been printed on shoes from the Air Jordan series since 1987. The Air Jordan series alone already accounts for an annual turnover of 3.1 billion dollars.

According to the court, the photos both capture a jump, but the photos are “not essentially identical” because there are differences in location, lighting and other elements. The logo that is based on that jump is therefore acceptable and does not constitute copyright infringement. Moreover, the court states that the jump pose cannot be copyrighted. 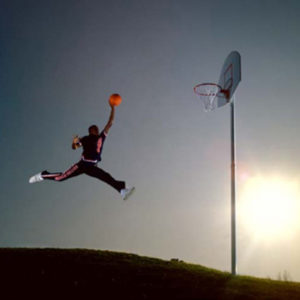