Artist Jeff Koons has, once again, been accused of plagiarism.

After Koons unveiled a 15-meter inflatable ballerina at Rockefeller Center in New York, social media screamed “Plagiarism”. Allegedly, the inflatable ballerina is an extra large version of a 19 centimeter high statue “Balerina Lenochka” of the 1993 Ukrainian artist Oksana Zhnikrup. Zhnikrup made it as an assignment for a ceramics factory in Kiev, where she had a job as a sculptor in 1955.

The striking resemblance was raised in an article by Artdependence , an online magazine.

One day later, a co-worker from Koons responded: “We are aware of Oksana Zhnikrup’s work and have a license to use it.” 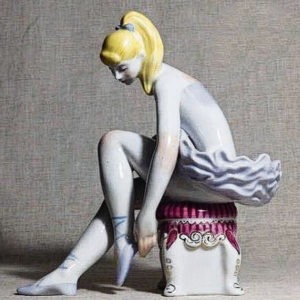 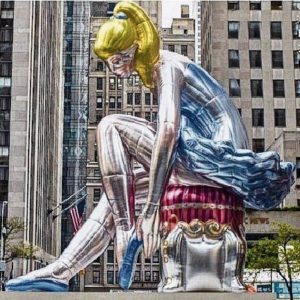