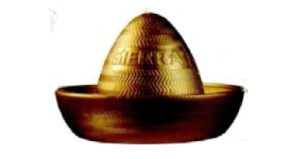 Think of Mexico and you think of beautiful beaches, a colorful country, good food, beer and tequila. In addition to the bright colors in the traditional clothing, men often also have a sombrero, the national hat in Mexico.

So, if you sell tequila, using a sombrero as your trademark is not a bad idea. This is just what Sierra, a tequila mark, is doing. They have a bottle with a sombrero on top (see below). This is sombrero, as well as the label, has been registered in the European Union in different ways, like the shape (left).

Now the proprietor of Sierra was not too happy with the new application of Red Eye Louie’s in the EU: a label of a skull wearing a sombrero. But has the owner a monopoly on the use of sombreros? No, says the OHIM, there are sufficient differences between the marks, so, the mere use of a sombrero in the label Red Eye Louie’s is not enough to create confusion. So, the Mexican head turns out to be a Mexican headache for Opponent. 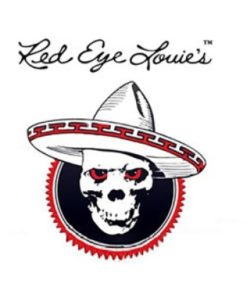