Gucci’s presented its Spring/Summer 2016 collection on the runways at Milan Fashion Week. But it were the the Gucci’s nail rings that got all the attention. They have been identified as alleged knockoffs of Bijules, a New York-based fine jewelry company, nail ring designs.

Jules Kim founded Bijules in 2004 and created the signature nail rings in 2006. Copyright protection was granted in 2007. The rings are highly popular with well-known celebrities like Beyonce and Rihanna.

Kim stated that she will be going after Gucci for copyright infringement. “While it is an honor to be knocked off by Gucci, they have all of the resources to create something unique; instead they went back to something that’s steadfast and iconic of my company and that is unjust.” “If Gucci sells those nail rings to stores, those stores are going to believe Gucci made them and not me, and that is not a fair statement,” she added.

Source: The Style of the Case

Photos © The Style of the Case / Bijules Facebook page 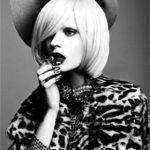 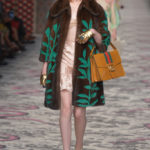