Diageo owns multiple trademarks for the name CROWN ROYAL, as well as for its purple bag packaging.

And to spice things up: Mexcor has also filed several trademark applications for its whiskey packaging in cloth bags. The bags “emphasize the word ‘Crown’.

Diageo is not amused, to say the least. The fact that Mexcor once referred in an advertisement to Diageo’s whisky as “that poison” doesn’t help either. 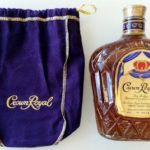 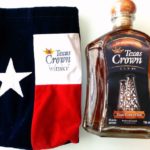