Wrigley’s, already responsible for one of the classic Intellectual Property decisions with its Doublemint-case, is doubling down again. This time against Chi-Town Vapers, a company that sells e-cigarette liquids online. The main issue? The names of the vape liquid flavour: “Dbl Mint” and “Joosy Fruit”.

Flavored vape liquids contain nicotine, which is inhaled through e-cigarettes as an alternative to smoking tobacco. Wrigley is not amused but this: “The use of popular candy brands in the marketing, sales and promotion of e-cigarettes is … grossly deceptive and irresponsible,” a Wrigley spokeswoman said.

But it gets worse: the flavored liquids, feature logos that copy the look and feel  the gum packaging, including green and yellow colors and the “double arrow” design.

Chi-Town Vapers also is selling a flavor on its website branded “Skiddles,” which is described as “a rainbow of flavors, very tasty like Skittles,” but that product is not named in the lawsuit. 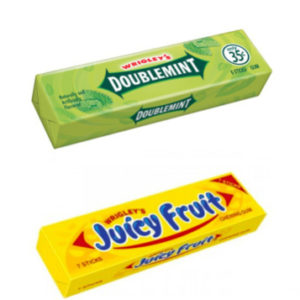 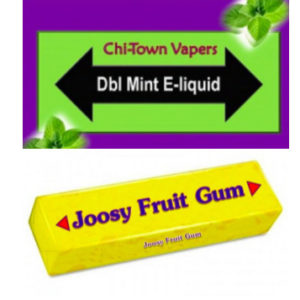