The Duvel is in the details

Brouwerij Duvel Moortgat has lost a court case against the Van Honsebrouck Brewery. The court did not agree with the brewery that Filou beer is confusingly similar to the famous Duvel beer.

Duvel is one of Belgian’s most well-known beers. The brewery was not amused when they noticed that Van Honsebrouck, in their opinion, tried to copy the taste and appearance of Duvel beer with its Filou beer.

Filou is also served in a brown bottle, containing a white label with red letters. In the past, Duvel states, the picture on the bottle even had the tail of a devil (Duvel is Belgian/Dutch for ‘devil’).

Van Honsebrouck merely stated in court that a brown bottle, a white label with red letters cannot be considered unique. The court agreed. 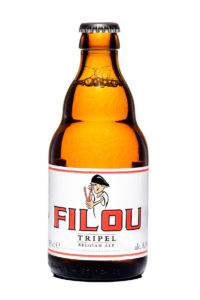